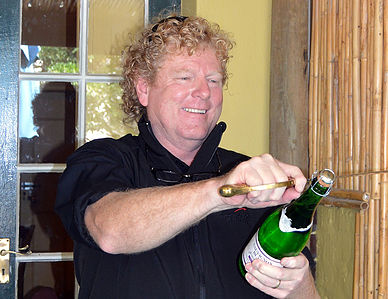 Rooiberg Winery near Robertson has been processing Hout Baai’s wine grape production since 2004 and accommodates its specialised needs for certified organic status. Solara wine, since January 2014, has been produced from a single vineyard at Hout Baai Farm, in a partnership project with Rooiberg Winery. Read more about Rooiberg

Rooiberg Winery CEO Johan Du Preez, who has played a key role in the valued Rooiberg-Hout Baai business relationship. This winery in the Robertson Valley was prepared to take on as supplier of grapes, an eccentric woman of 79 with "mad " ideas of organic viticulture! Not only this negative factor, but the farm had only one 2.64 ha of productive vines and those were in poor condition.

"It took vision, flair and flexibility  to back such an unlikely producer and be persuaded in due course to promote the organic concept and be certified. Hout Baai Farm owes much to Rooiberg Winery for its unfailing support and skill in managing to incorporate such a time-consuming and specialised entity into their large cellar – and doing so well." – Patricia Werdmuller von Elgg. 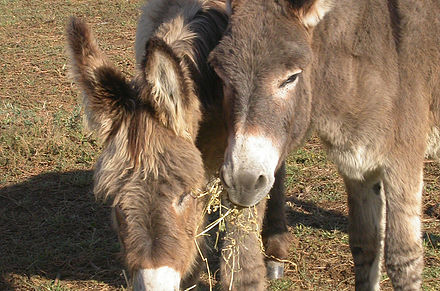 Eseltjiesrus Donkey Sanctuary promotes the welfare and status of donkeys through a culture of caring, that extends from donkeys to all animals and all living beings.

The sanctuary provides a safe, permanent and knowledgeable home and loving care to rescued and destitute donkeys, and educates donkey owners and animal welfare workers with regard to best practise in caring for these humble animals who serve mankind so faithfully.

The sanctuary is a registered PBO and NPO.   Please visit the website www.donkeysanctuary.co.za for full information.   Visitors are welcome between 10am and 4pm from Thursdays to Sundays.

Hout Baai was instrumental in placing 15 donkeys for ‘retirement’ at this institution and has continued to support the Sanctuary by supplying labour, raising funds from the Western Cape Equine Trust, donating funds and wine made at Hout Baai Farm for fund raising. 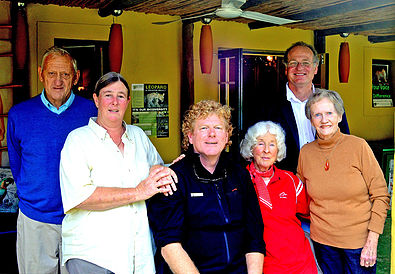 Patricia von Elgg rescues and cares for stray and abused animals from the district, housed in kennels and paddocks which make up part of the Hout Baai complex of restored buildings. The farm was actually purchased by her in 2003 for the purpose of providing accommodation for needy domestic and wild animals rescued through her animal welfare efforts. She provides an animal welfare emergency service to the local community, free of charge for the disadvantaged. This includes the services of a qualified veterinary paramedic, Ms Delyth Jones. 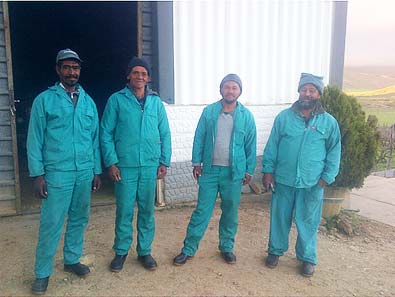 Organic Production provides a healthy workplace for employees, who as a consequence, are free from the dangerous chemicals used in conventional agriculture. In propagating the notion of care of the soil, plants and animals on a farm, workers are made aware of the ethic of responsible land use. The large number of wild animals that give birth, nest and live daily at Hout Baai Farm, require a special level of tolerance.

This farm's staff are converted to care and respect for these creatures (including snakes), imbuing them with compassion which is positive education. The staff takes great pleasure in reporting sightings of animals and birds.